“The Brownie Mary Democrats, meantime, gave away cannabis leaf necklaces and provided updates on marijuana legalization. The group hosted a “Cannabis Soiree” on Saturday evening at a licensed cannabis dispensary a block away from the convention center.”

That only LGBTQ folk and cannabis consumers were the WSJ articles only notables other than Presidential candidates says something – I am not sure exactly what it says, but it says something. 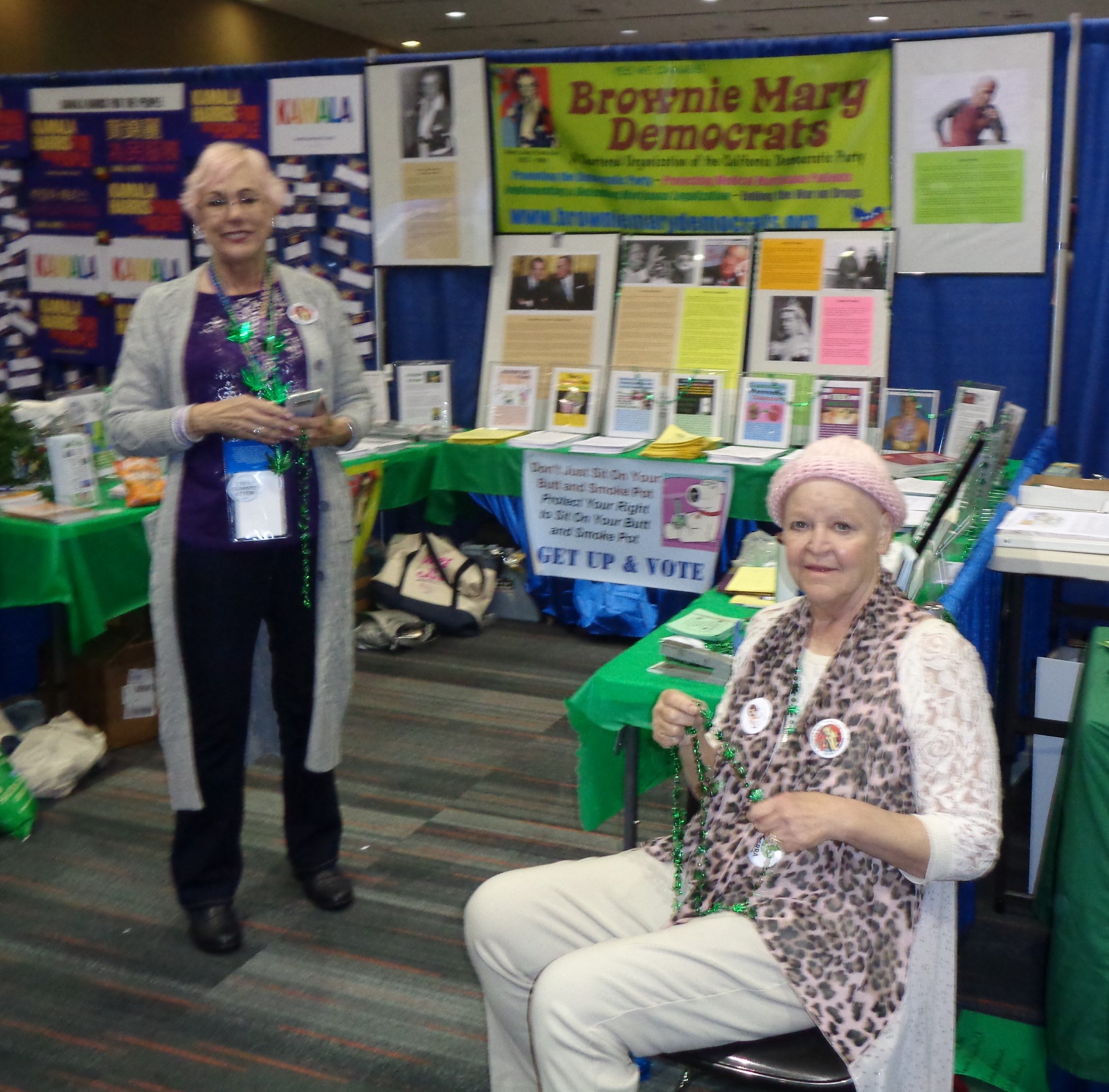 As usual our exhibit booth was one of the most visited and this year we broke all records having over 400 people sign up for the drawing to win one of the five cannabis gift baskets. With 4,000 people in attendance, that means over 10% of everyone in attendance came to our booth and signed up for a chance to win a cannabis basket. 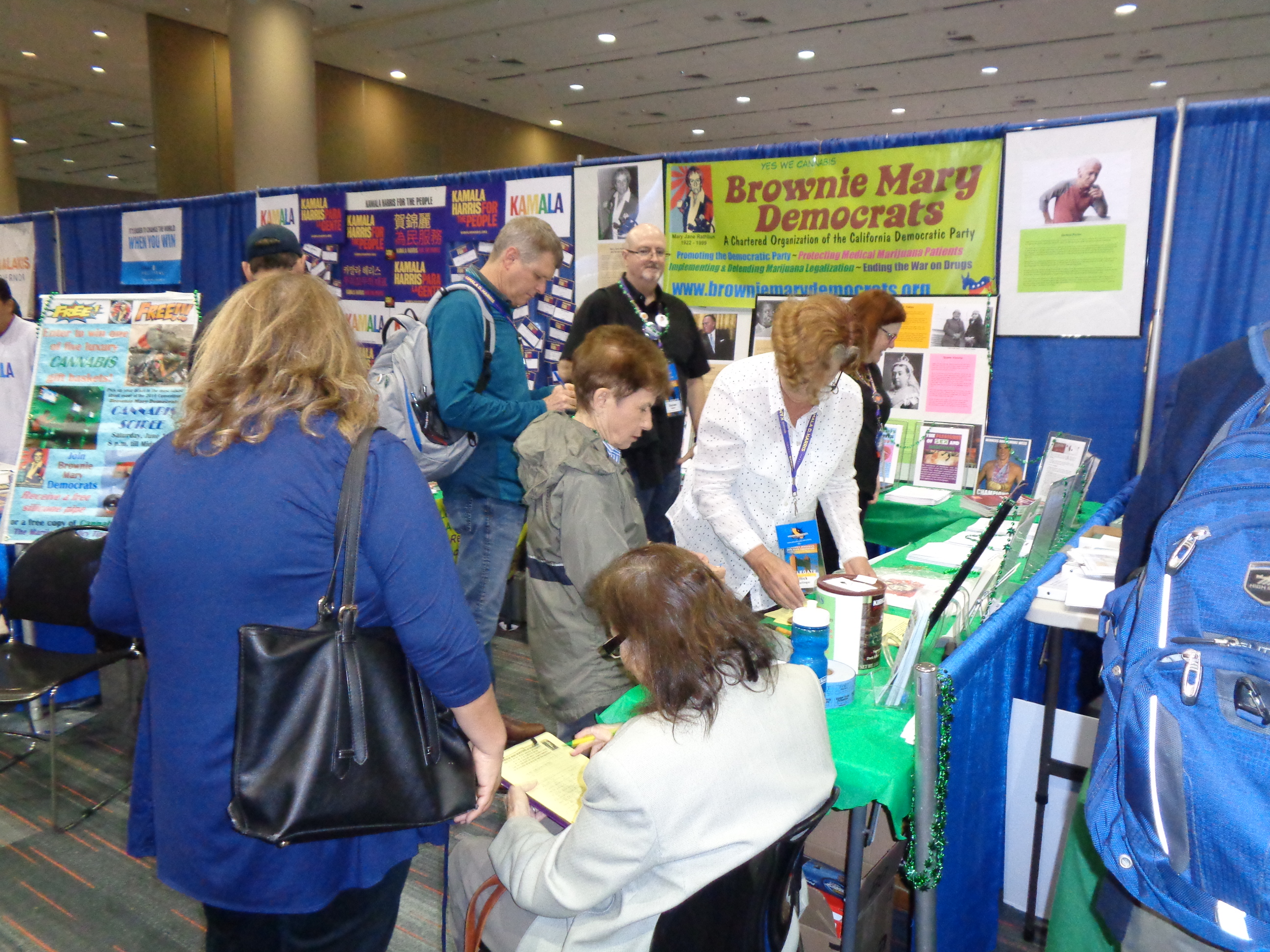 We also signed up 25 new members. With the email addresses of over 400 others, we will be sending them our email newsletter which always gets us new members as well as getting them to take action to contact their legislators when important pieces of legislation are coming up for a vote. Most importantly it will encourage them to promote the Democratic Party and to get them involved in electing Democrats to office.

Perhaps one of the most exciting events and certainly one of the most talked about was our Cannabis Soiree. As noted in the WSJ article, it was held at the Green Door “a licensed cannabis dispensary a block away from the convention center” that maintains an adjacent consumption lounge for private events. BMD and other cannabis groups have sponsored cannabis events at previous CaDEM state conventions, but this was the first one that actually had cannabis at the event. 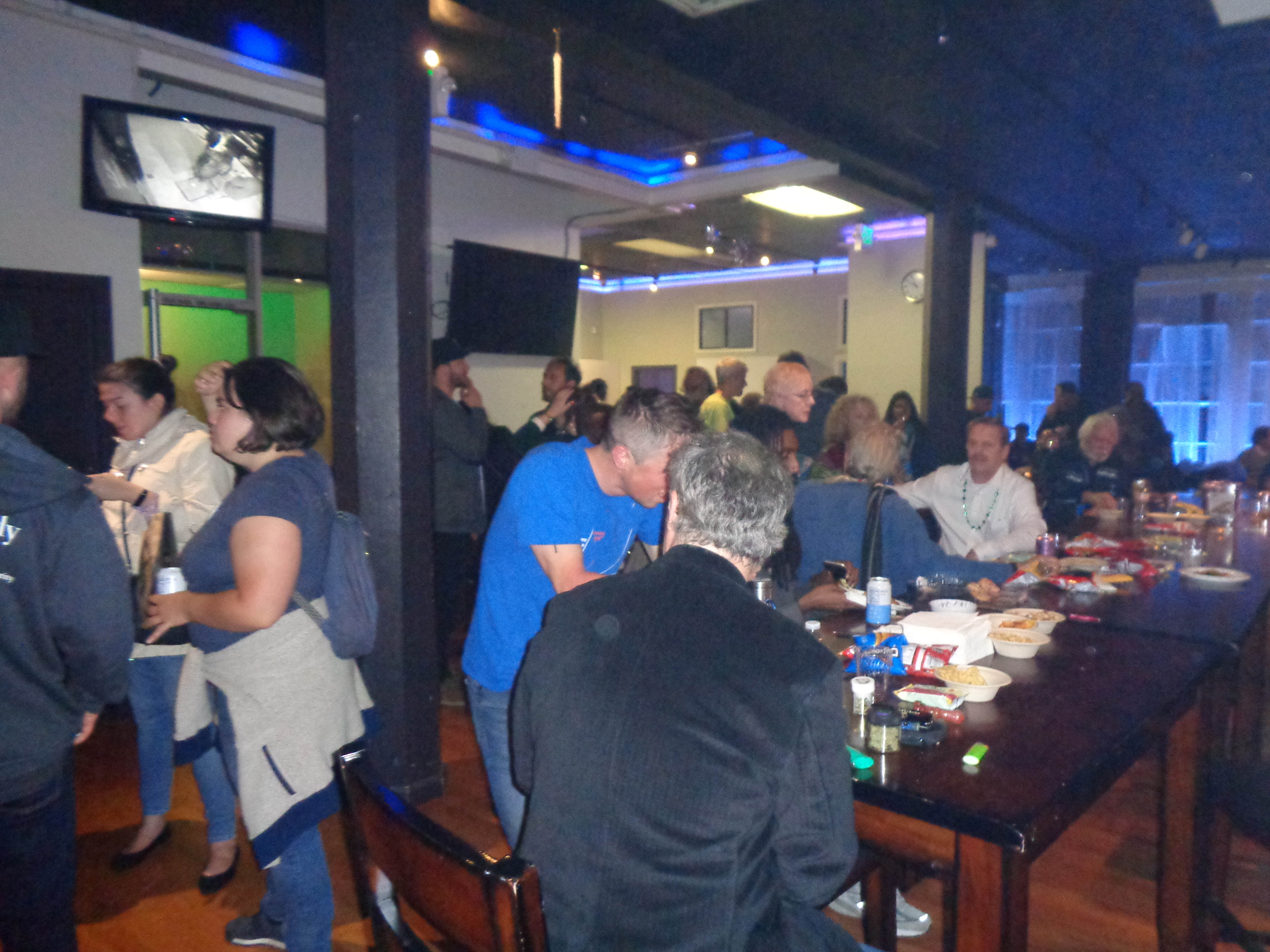 Close to 100 people attended with conversation and joviality permeating the celebratory crowd. Unlike all the other convention events which featured alcohol with people tightly clenching their own glass of alcohol or bottle of beer, at the BMD soiree the fragrance of cannabis filled the air as people shared their personal stash with their new found friends.

A spectrum of cannabis activists, industry representatives and convention delegates attended this first ever cannabis event with cannabis. We still have a way to go to get elected officials to attend our events,

but we were honored to have State Senator Anna Caballero in attendance. Representing District 12 which includes the cities of Merced and Salinas, Senator Caballero joined us at the Green Door lounge.

In addition to our exhibit booth and cannabis soiree, BMD also introduced a resolution to END FEDERAL CANNABIS PROHIBITION which called on California’s Congressional Democratic legislators to work to “immediately” bring an end to federal cannabis prohibition and to join the bi-partisan Cannabis Congressional Caucus chaired by California Congresswoman Barbara Lee. To read the resolution CLICK HERE.

The resolution passed unanimously and was considered to be so important by CaDEM’s Resolution Committee that it was given priority status and listed as one of the top ten resolutions for implementation out of the 200+ resolutions that were submitted for consideration at the 2019 state convention. A resolution is the policy of the Democratic Party and all elected Democrats are expected to support the resolutions and actively work to implement them.

Due to California’s 2020 primaries being moved from June to March, CaDEM will be holding a second state convention in 2019 from November 15 – 17 in Long Beach for the purpose of endorsing candidates for the primaries and setting in motion programs to increase voter turnout and elect Democrats to office including the office of President of the United States. With California’s primary in March, our state has truly become the big enchilada and what happens at the November state convention will have a profound impact on every Democratic primary throughout the country.

As we have since 2013, BMD will be at Long Beach with an exhibit booth AND will be publishing a list with the position of every Democratic presidential candidate on cannabis legalization and drug law reform. The list will be distributed to the 4,000 delegates and elected officials attending the Long Beach convention.

Cannabis legalization is an important issue for many delegates and what they find out from us may very well affect who they chose to vote for which could affect the eventual outcome of the all-important and much sought after endorsement of the California Democratic Party – the largest state political party in the country and the party that controls the government of the 5th largest economy in the world. 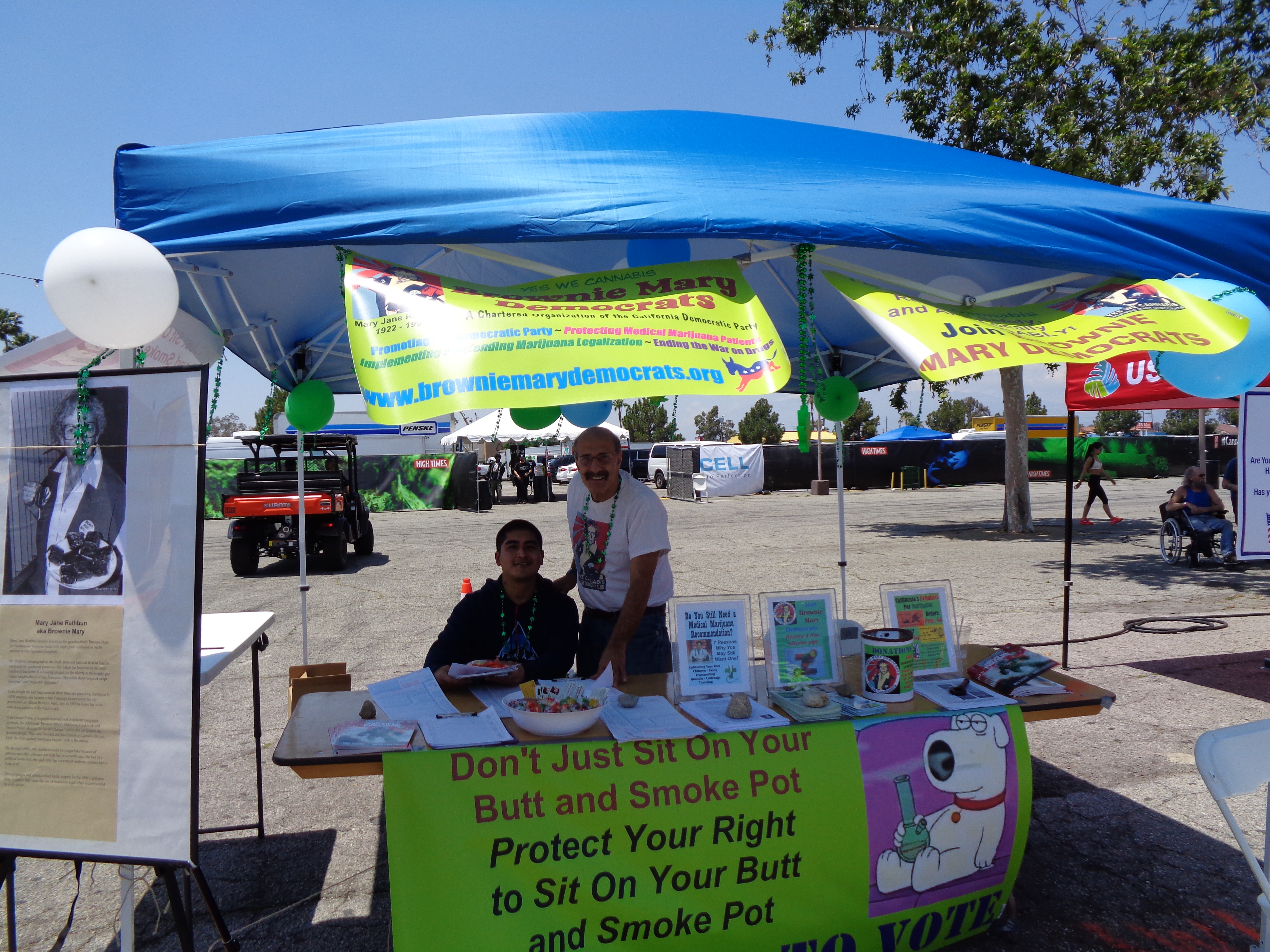 BMD does all of the above and more. Just the week before the Convention, BMD joined with the Pass Democratic Club to register voters at the High Times Cannabis Cup in San Bernardino. High Times provided the table free of charge and we registered 30 new voters – 19 Democrats, 6 NPP (no party preference) and 5 Republicans.

From the Wall Street Journal to High Times Cannabis Cup, BMD is active and involved, but we count on our members’ support to help us do it all. If you are not a member of BMD, please take just a minute and JOIN NOW. If you were a member but haven't renewed for 2019, please renew now. Standard memberships are only $10 per year and only $5 for seniors, veterans, students and low-income.

Its super easy and super quick to join – won’t take even 60 seconds. You know it’s the right thing to do and along with cannabis, joining BMD will help you sleep better at night. To join now CLICK HERE.