Mid-terms are usually hohum affairs, but the 2022 election was incredible. As much as I despise Former (and let’s keep it that way) President Trump, if it wasn’t for him the

mid-terms would certainly have been a lot less captivating. As it stands the much-feared Red Wave turned into more of a Red Trickle.

Although Democrats retained control of the Senate, it’s going to be tough going for any kind of Progressive legislation because it still seems likely Republicans will control the House although by much smaller margins then they had been having in their wet dreams. Fortunately, the crazy Republican legislation that may pass the House will be DOA when it hits the Senate. Sadly with the Republicans in charge of the House there will be little opportunity to end federal cannabis prohibition - not that the Democrats have been any better.

I would like to invite you to join our fall BMD General Meeting on Thursday, Nov. 17 at 7:30 p.m. at the fall CaDEM Eboard meeting which runs from Nov. 16 - Nov. 20. Like the CaDEM Eboard meeting, the BMD meeting will be virtual so you can zoom in from the comfort of your home or from the McDonald’s or Starbuck’s down the street if that is where you get your internet service.

I am absolutely ecstatic to announce that the featured speaker at our BMD meeting will be Christy Holstege who was just elected to the state assembly representing the 47th AD which includes the Coachella Valley and portions of the High Desert. Christy was first elected to serve on Palm Springs City Council in 2017 as part of the first all-LGBTQ city council in the country. Christy was re-elected in a landslide in 2020, serving as the city’s first ever female mayor, the city’s first millennial mayor, and the first openly bisexual mayor in America.

Palm Springs was the first city in the Inland Empire to allow for medical cannabis distribution way back in 2008 and continues to allow for easy access with over 2 dozen dispensaries, cultivation facilities and manufacturers. Christy has always supported cannabis legalization and helped keep PS a hot bed of cannabis accessibility.

With a Juris Doctorate from Stanford Law School, Christy can make sense of California’s byzantine cannabis laws. She would like to hear from us what improvements need to be made in the implementation of Prop. 64 and what the state legislature can do to improve it. For more information on Christy CLICK HERE.

In addition to Christy’s presentation, we will be covering the results of the election in California and the nation with a look at the two new states that passed initiatives legalizing the recreational use of cannabis. Although the outlook for repealing federal cannabis prohibition is gloomy, all is not lost and there is a pathway for ending federal prohibition that will be discussed along with some prognostications as what may happen with cannabis in 2023.

Now for the last piece of good news – with trumpets blaring and drums rolling I would like to announce that I won my election to the Board of Directors of the San Gorgonio Memorial Healthcare District. I will be the only RN on the Board and will be bringing Democratic values to the forefront of the discussions relating to health care services. If and when cannabis is removed from the Schedule of Controlled Substances, I will also be advocating for its use in our community hospital if a doctor believes it will be of benefit to a hospitalized patient.

Mark your calendars for Thursday, Nov. 17 at 7:30 p.m. for the BMD Zoom meeting. Meet and chat with activist Democrats as you kick back, relax and light up. Look forward to seeing you virtually. 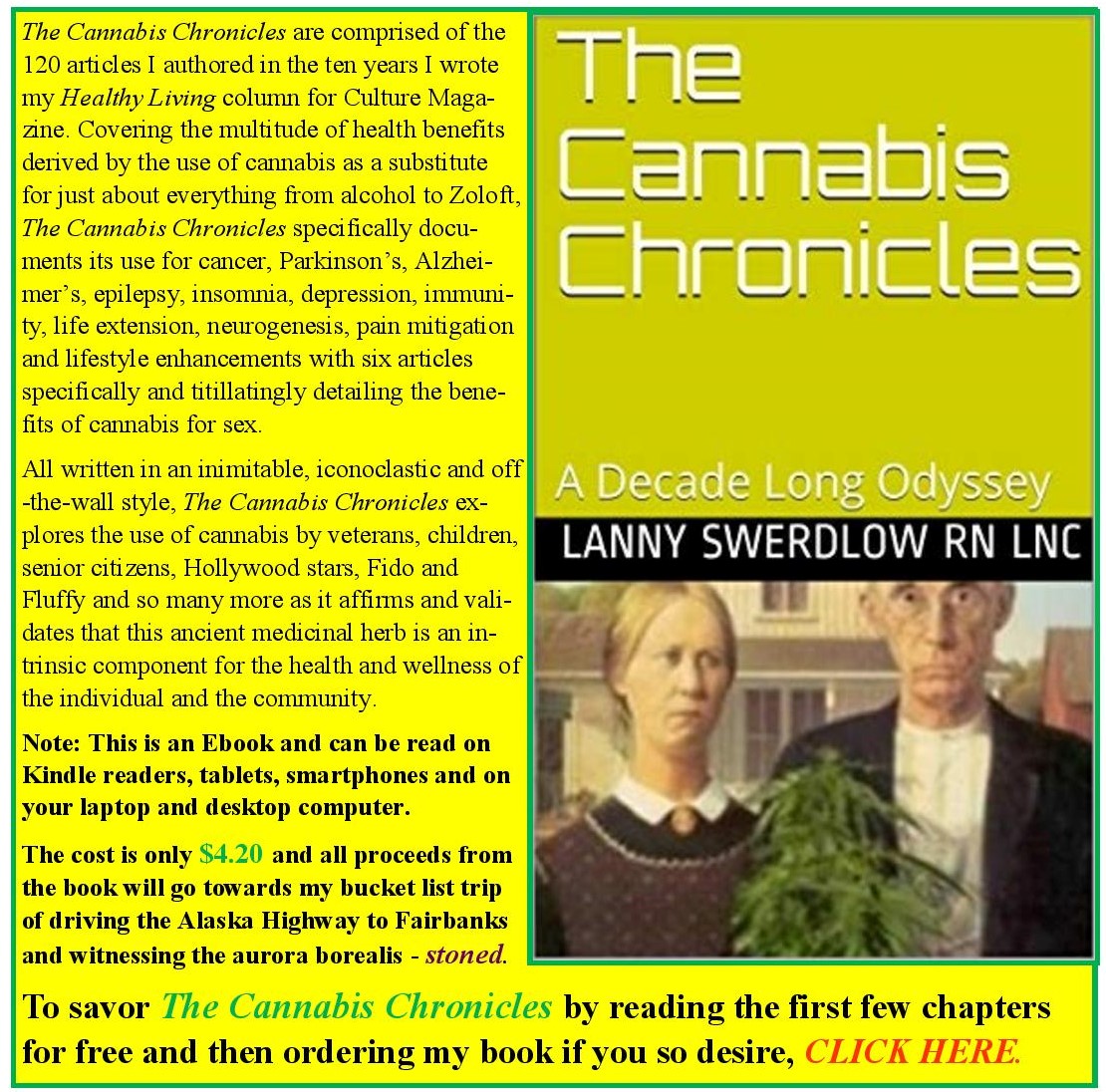